I have served at the following French Embassies:

As far as I can remember, I have always been passionate by art and in particular painting. Anytime I had the opportunity, I was mixing colours, putting them on paper and canvas. That was the career I intended to take up when I was young. Back then, my father did not believe that being an artist would bring an income for a living, so despite my passion for art I was meant to make another choice.

This led me to a career in the French diplomacy for over 40 years. My numerous postings took me to many countries around the world. It gave me the time to learn about the people, their living habits, their culture and their traditions. I am now so grateful to have had this wonderful opportunity without which, I would have never came across my subjects.

Civil servant at the French Ministry of Finances Paris

Attaché at the French Ministry of Foreign Affairs 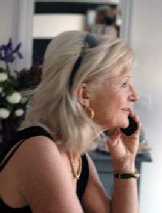